Cabrini community on differing faiths at a Catholic institution

Cabrini University and a symbol of their mission: "education of the heart." Photo by Erica Zebrowski.

Cabrini University opened as a Catholic institution in 1957. Since then, the university’s doors have also been open to people of multiple faiths and religions.

Faculty and staff members here at Cabrini support this variety of beliefs by providing students the space to talk about their religious principles.

“I feel like the more curiosity there is in the student body, the more it can be talked about,” Bushra Islam, a Muslim Cabrini graduate and AmeriCorps Next Step team leader, said. “If we have more students show interest in that, then it’s easier to have those types of conversations with students on campus and even represent it in a Catholic institution.”

“Diversity is very important,” Jewish Cabrini senior and social work major, Lilly Starkman, said. “If we were all the same, life would be boring. Different faiths and religions bring out curiosity. It also brings out people to want to get to know others.”

Rev. David Driesch explained that since the 1960s, the Catholic faith no longer views other Christians or other non-Christians as opposition, but as one faith working together.

Driesch explained, “If you look up the definition of ‘Catholic’ it means ‘universal.’ And so, ‘universal’ means, ‘including everyone.’

“Ironically enough, Cabrini College, at the time, was very new, so that was the mindset that shaped our university,” he said. “There has always been, in my understanding, an openness to all faiths here at Cabrini.”

Rachel Kalani, Cabrini junior and president of the Jewish Student Union, said that she learned in one of her religion classes, “Catholicism, and different faiths in general, have been moving more toward inner faith dialogue over the past century. I think that it’s really important to have multiple faiths coexisting at a Catholic institution so that we can have that dialogue.”

“Our mission is to help people foster their faith,” Driesch said. “To grow their faith, to offer opportunities of worship, and be involved in social justice issues.”

Many students and faculty members believe that having different faiths and religions at a Catholic school is a good thing. Driesch explained that part of Cabrini’s mission, education of the heart, is a fond example of Mother Cabrini and the ways in which her work “was always toward people of different faiths.”

“I like the diversity that Cabrini does have,” Starkman said. “It makes me feel grateful for how welcomed I am to be a Jew at a Catholic university.”

One big way different faiths and religions merge with Catholic institutions is through service. Kalani shared her service experience with Integrate for Good, a community service run by Campus Ministry to help the homeless. Kalani said the people of different spiritualities who joined her “expressed an ideal of service.” 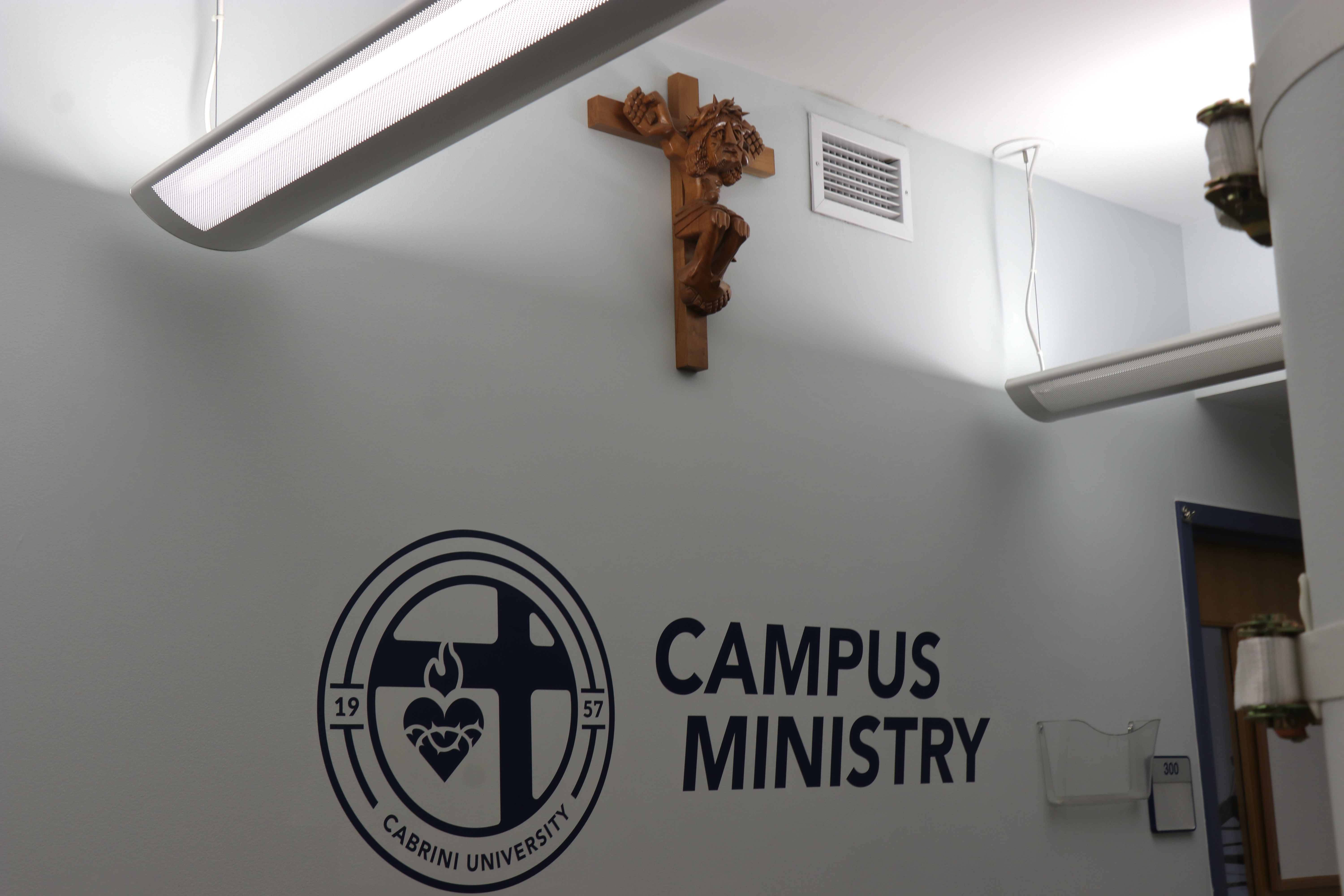 “I know it’s a big part of Mother Cabrini’s identity and the identity of the school itself.”

Islam explained she didn’t feel represented as a Muslim when she transitioned from a large, diverse high school to Cabrini. However, she didn’t mind because she knew she was “going to a school that really didn’t have much [Muslim] representation.”

“Campuses like Cabrini are still meeting the expectations of being diverse,” Islam said. “I have seen the incoming freshman and have seen a mix of students. It makes me wonder what is making these students come to a Catholic institution, and what is Cabrini doing to make these diverse students come here.”

Cabrini is home to all

Islam explained that she likes the way Cabrini is “establishing a stance on equality,” and continuing to “represent each and every person, no matter what faith, color, or gender.”

“People want to learn about different things, but need to be guided in the right way,” Starkman said.

With so many diverse religions and faiths coming to Cabrini, the university is home to all and encourages everyone to learn outside their comfort zone.

“I think that Cabrini has moved in a forward trajectory of being accepting of people of all faiths. But there is definitely farther to go as far as education about different religions and cultures,” Kalani said.

Dreisch said, “No matter where you are at, whether it’s Cabrini University or anywhere else, there are still people who have a mindset that the Catholic faith still opts to convert people and doesn’t tolerate other faiths. We see that as a major mission here at Cabrini: to have people be educated that all faiths are welcomed here on campus.”

‘To remain silent and indifferent is the greatest sin of all’

‘Je Suis Charlie’: respect for faith vs. freedom of speech